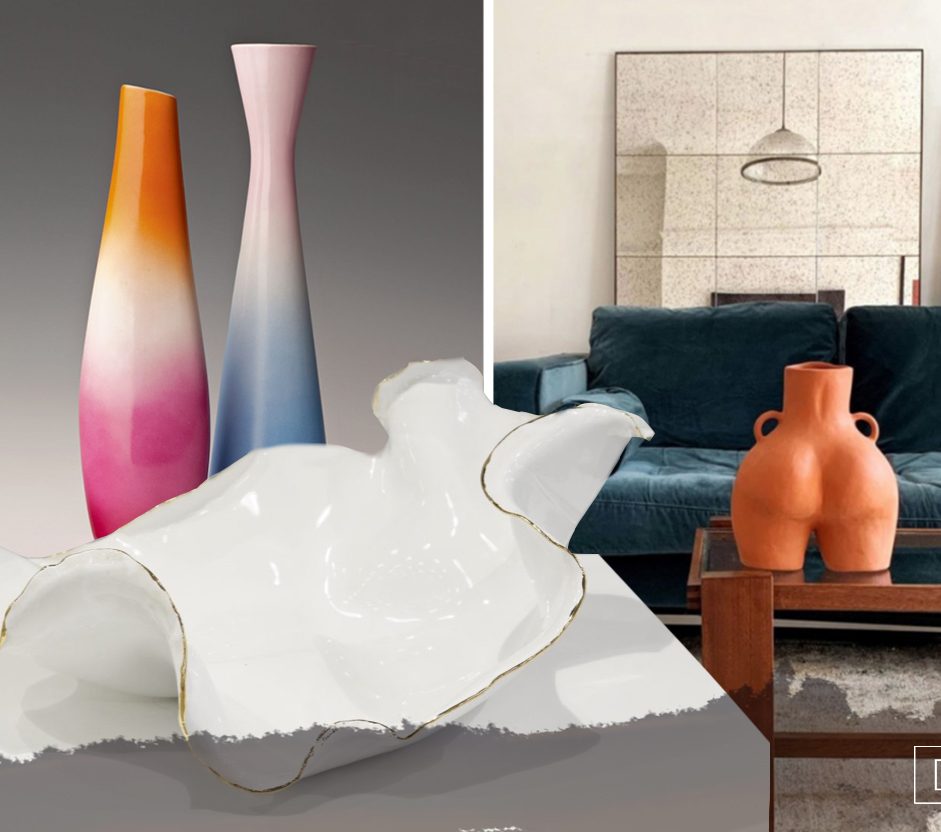 Non-obvious forms, bold colors and interesting ideas are common features of modern ceramics. Let’s take a look at the most interesting proposals from the clay world.

Dominika Donde ceramics impresses with its lightness and gives the impression of being made of delicate fabrics. Dominika Donde is an artist born in 1975 in Warsaw. She graduated in Roman philology and completed postgraduate studies in ceramics, obtaining a diploma of a visual artist. As the only Polish woman, she completed a prestigious ceramics course at the National Museum of Ceramics in Paris, and her works were presented, among others, at individual exhibitions in Paris and in the Louvre in Paris. He specializes in porcelain installations, spatial forms and small object art. She is fascinated by ecological trends in art, which resulted in the Ecoporcelana collection created by Dominika. 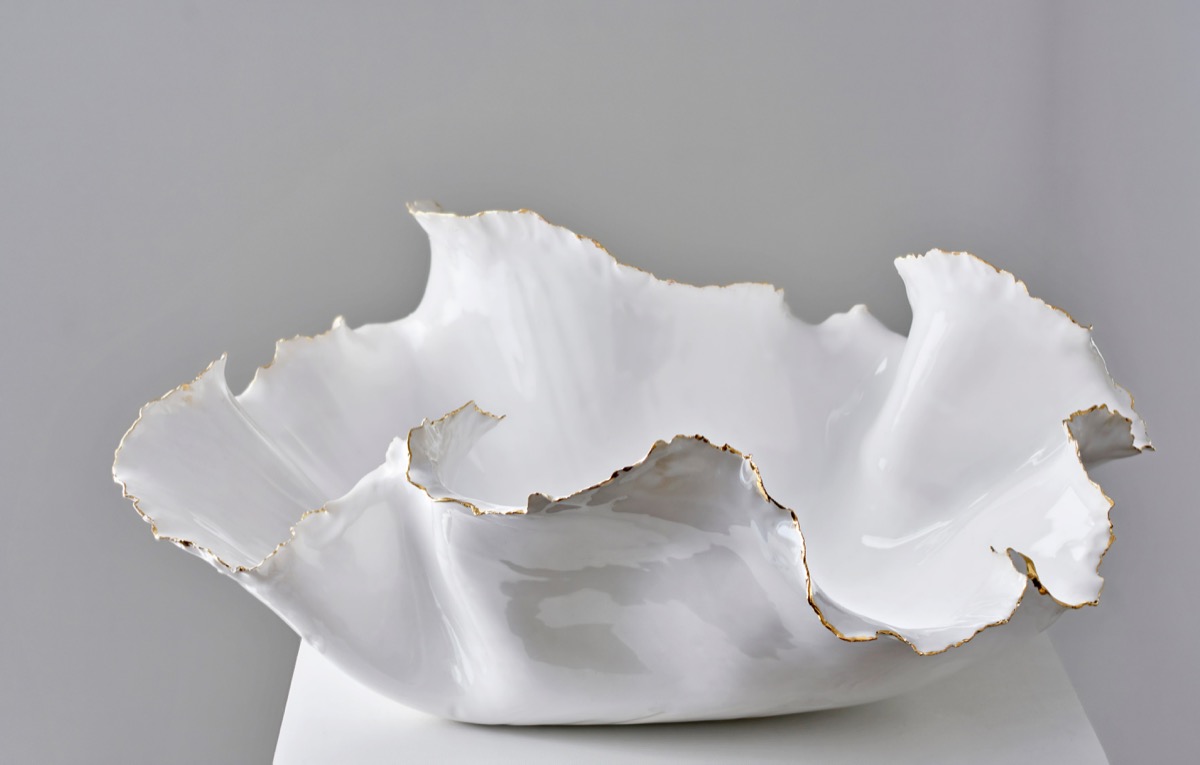 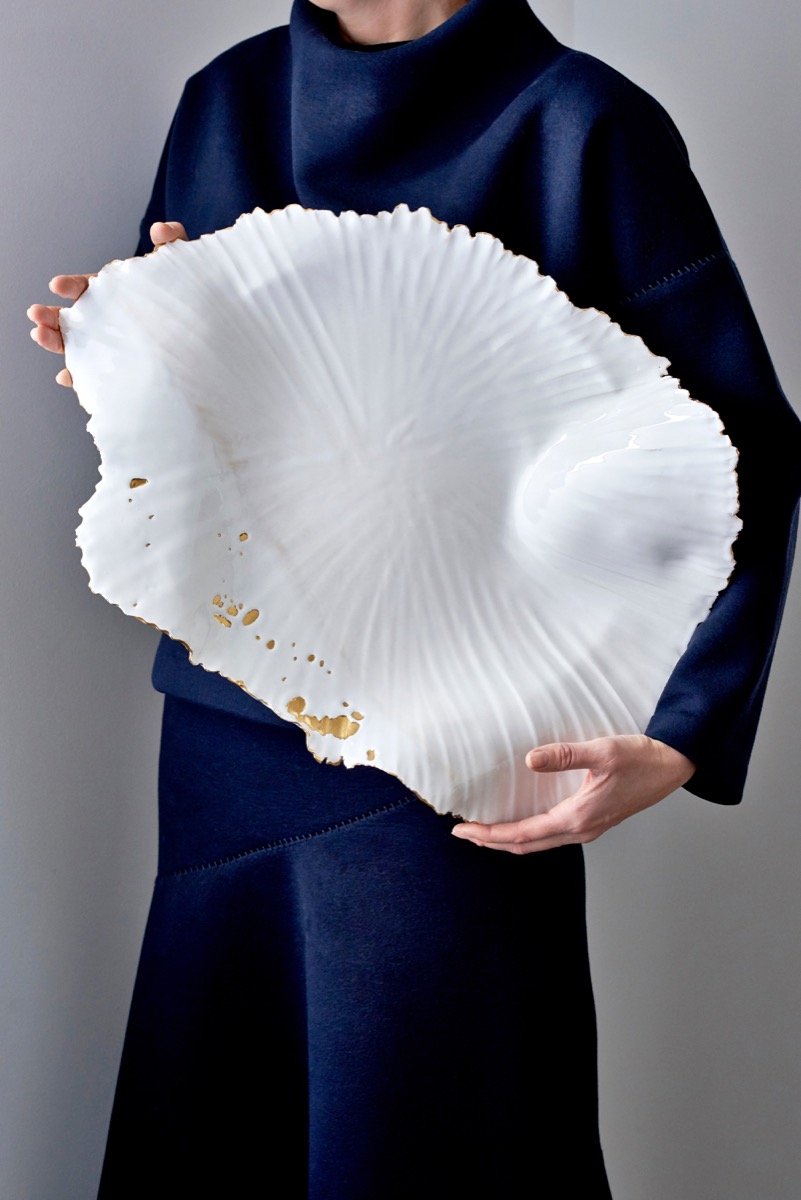 “The artist is like an element, he spares no resources. Always on the move, with a quiet sigh of humility for the old masters. ” – Dominic Donde 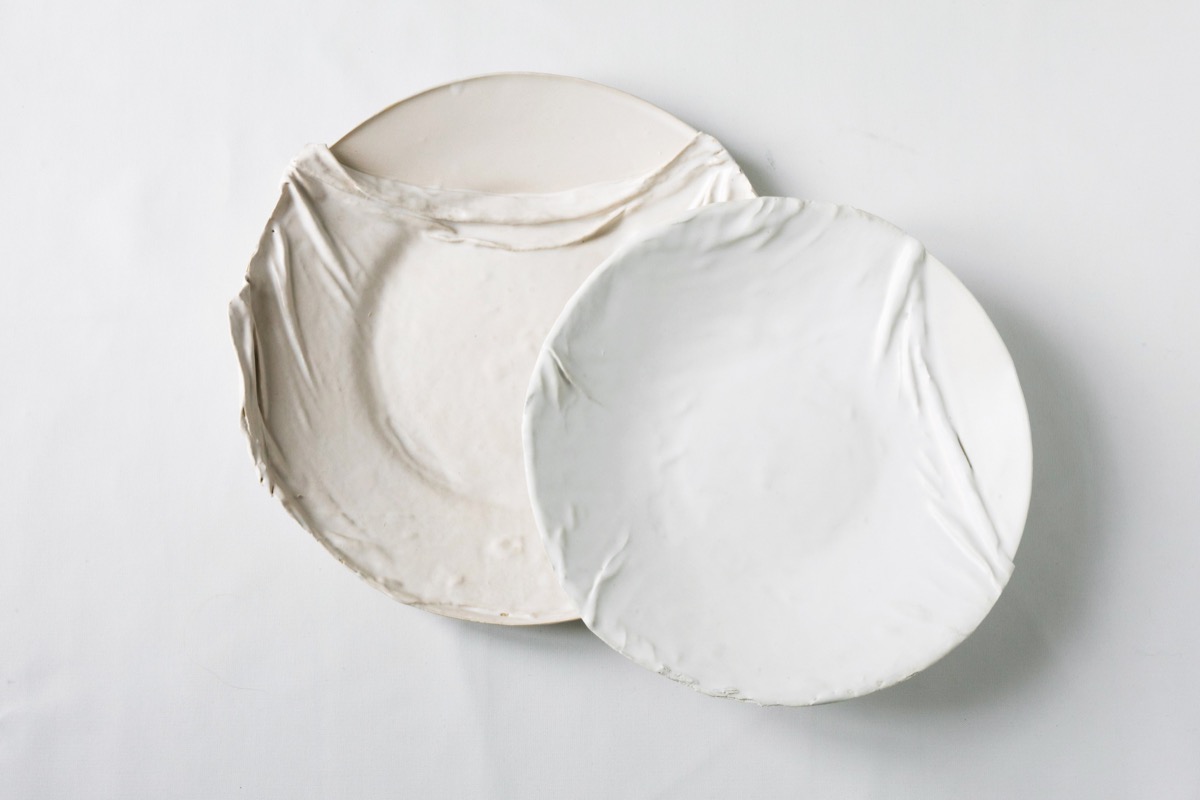 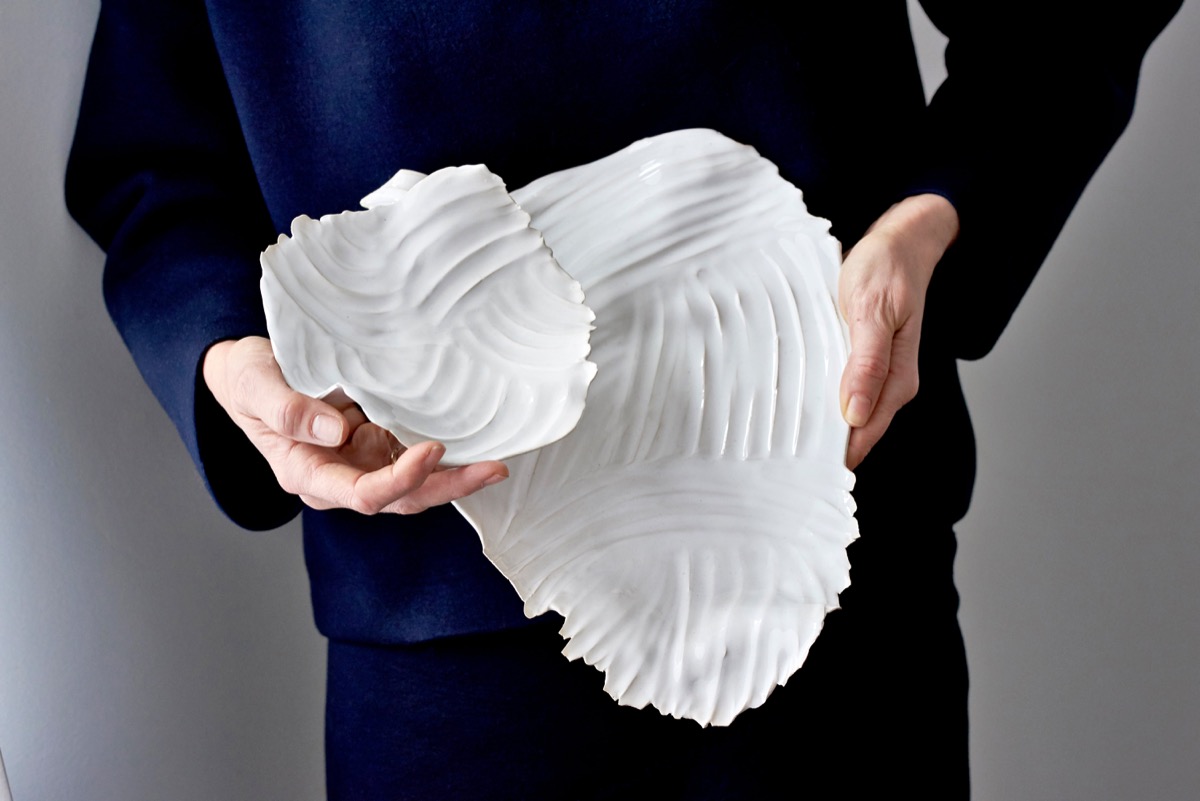 2. A cup with our planet in mind

Feroces is a collection of ceramic cups inspired by endangered animal species. They were designed by Marcel Cerda, who gave them the shapes of animals living in Mexico. The Feroces series consists of eight elements and presents, among others, the Mexican wolf, thin-billed aquarius, dwarf raccoon or jaguar. As Cerda explains, he was inspired by the bravery of these animals and their love for life. The colors of these dishes are typical of traditional Mexican ceramics. Feroces cups are now on display at the Museum of Contemporary Art (MUNAL) in Mexico. 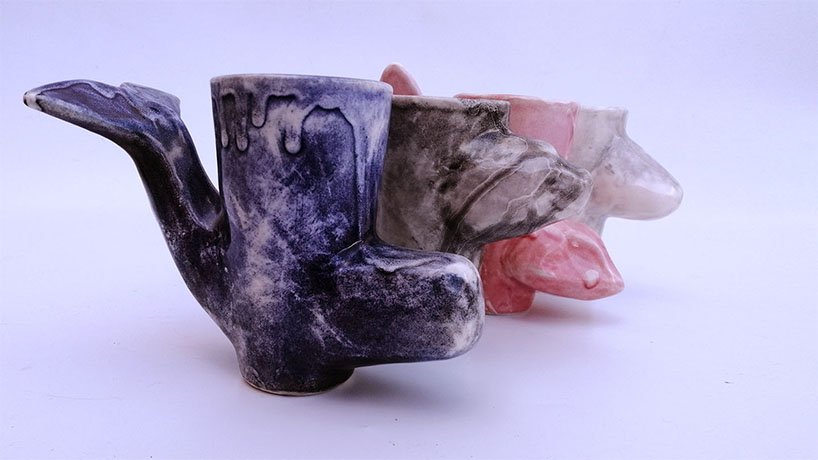 Every year, more than 20,000 species of animals disappear from the face of the Earth. 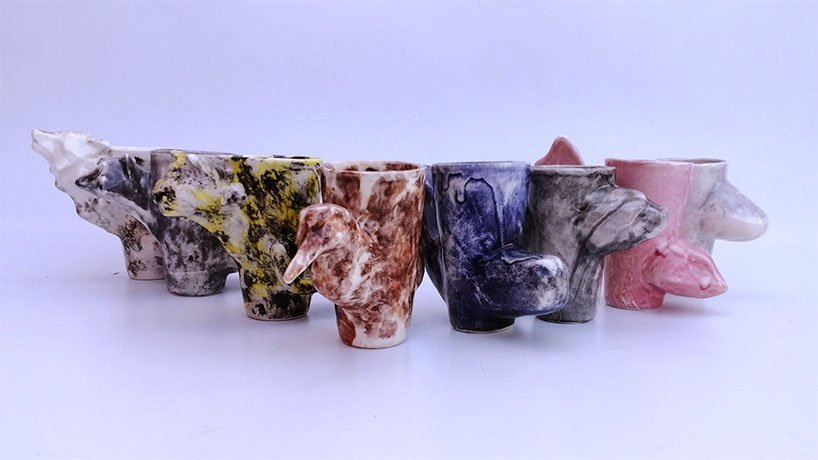 “During your next coffee break, take a moment to reflect and understand other living things, especially endangered animal species.” 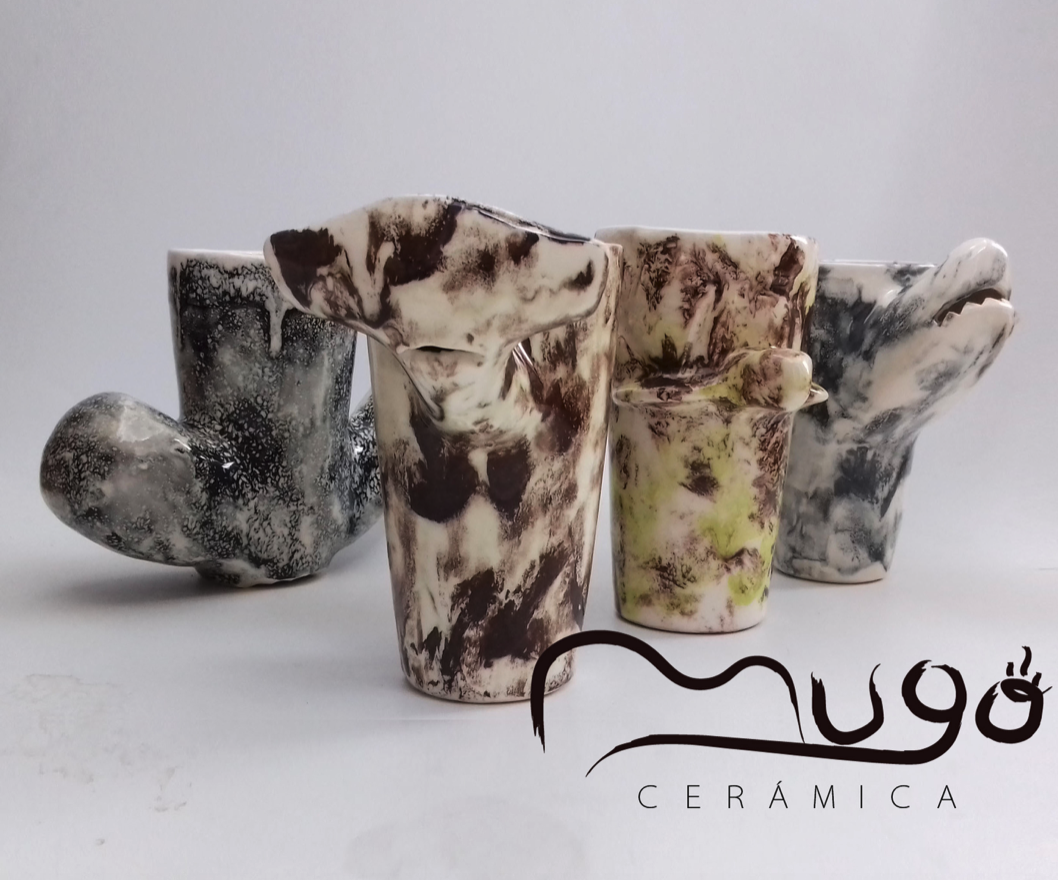 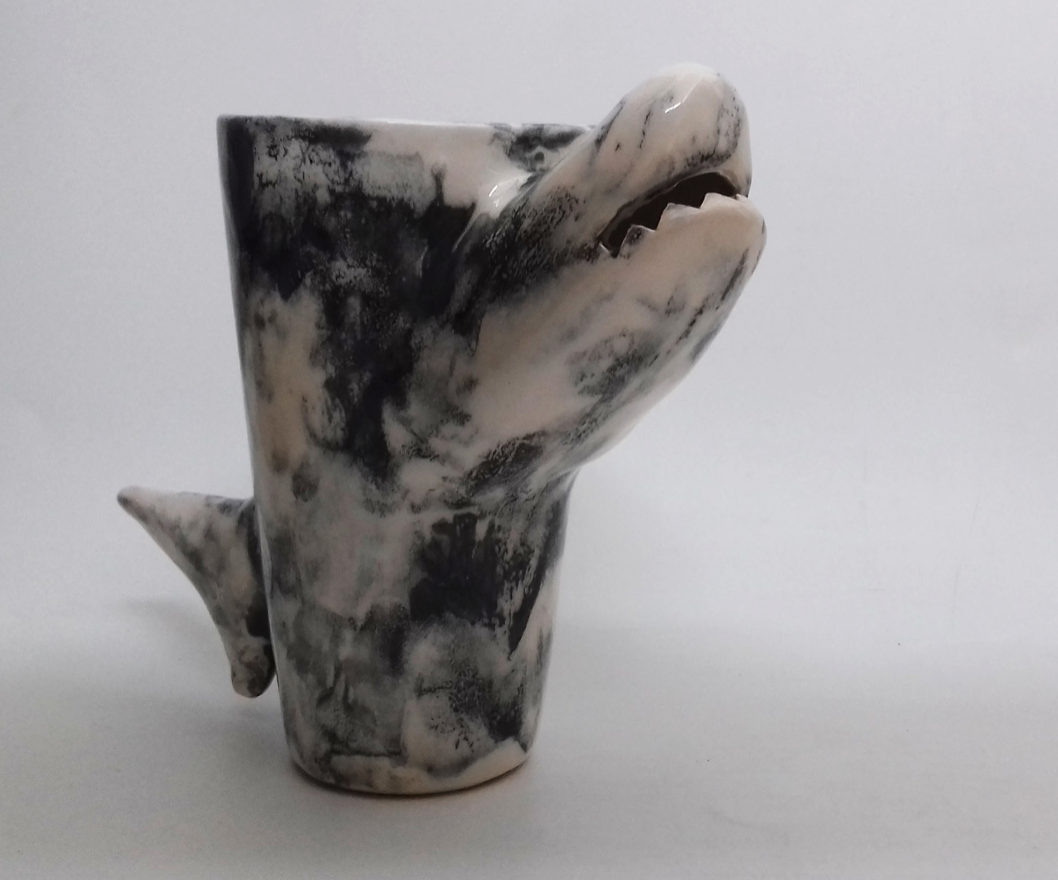 Anissa was studying engineering and computer science when, after a few years, she became bored and forced her to leave the profession of an engineer. Instead, she decided to start jewelry studies at London’s Central Saint Martins. Her courageous move paid off and in 2016 resulted in an impressive premiere of jewelry. Anissa’s earrings, bracelets and pendants are loved by stars such as Lili James and Gigi Hadid. It turned out, however, that jewelry is not the only passion of the designer. Kermiche has created a whole series of utility ceramics inspired by female shapes, including jugs, vases, salt shakers, candlesticks and jewelry boxes. 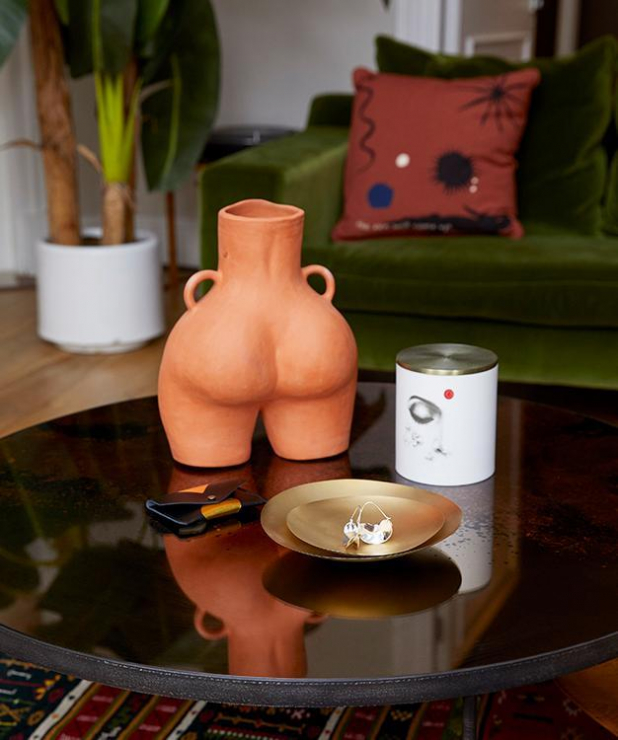 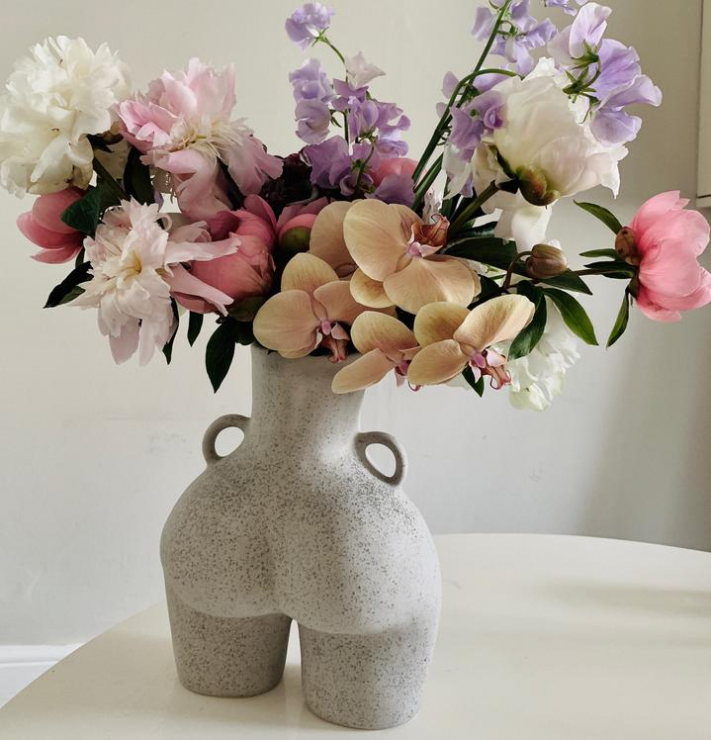 4. Porcelain from a prison cell

TATOOTABOO is a porcelain collection created by the graphic designer and designer Magda Pilaczyńska and director Sambor Wilk, and the inspiration for its creation were prison tattoos. As the designer says, “Paintings on the skin are a very characteristic element of the prison subculture. They have their own symbolism, meaning, and some even emotional mysticism. Although for society they may seem cheesy, incomprehensible and dangerous, it is tattoos that say a lot about life, the past and criminal life. the prisoner’s achievements. ” The Tatootaboo collection consists of cups, mugs, jugs, plates, a sugar bowl and a vase.

Magda Pilaczyńka is a graphic artist, illustrator and designer who has been working with ceramics for a long time. Two collections of porcelain patterns by her, created for the Kristoff Fine Porcelain brand, were awarded the Musi Have title at the Łódź design 2013 festival. Magda is also the founder and owner of the Look At Me Plates brand. 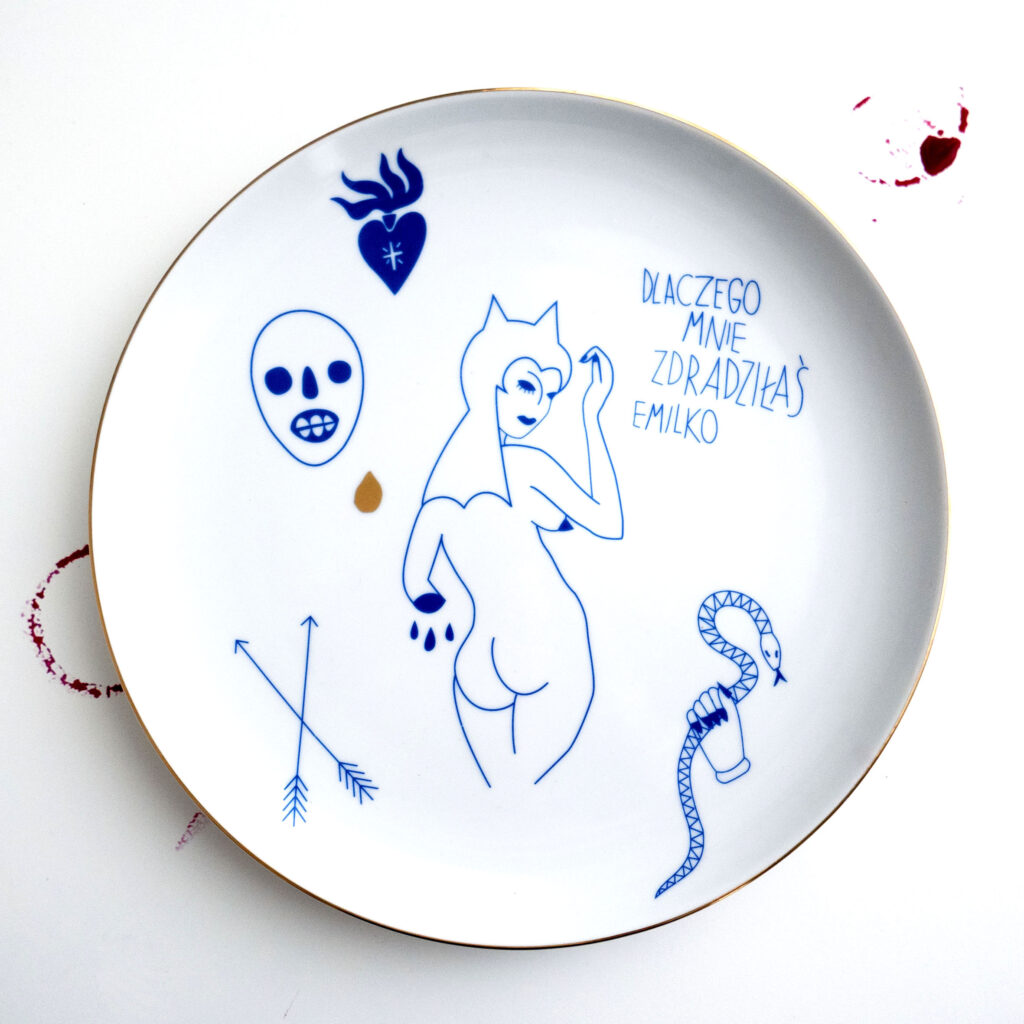 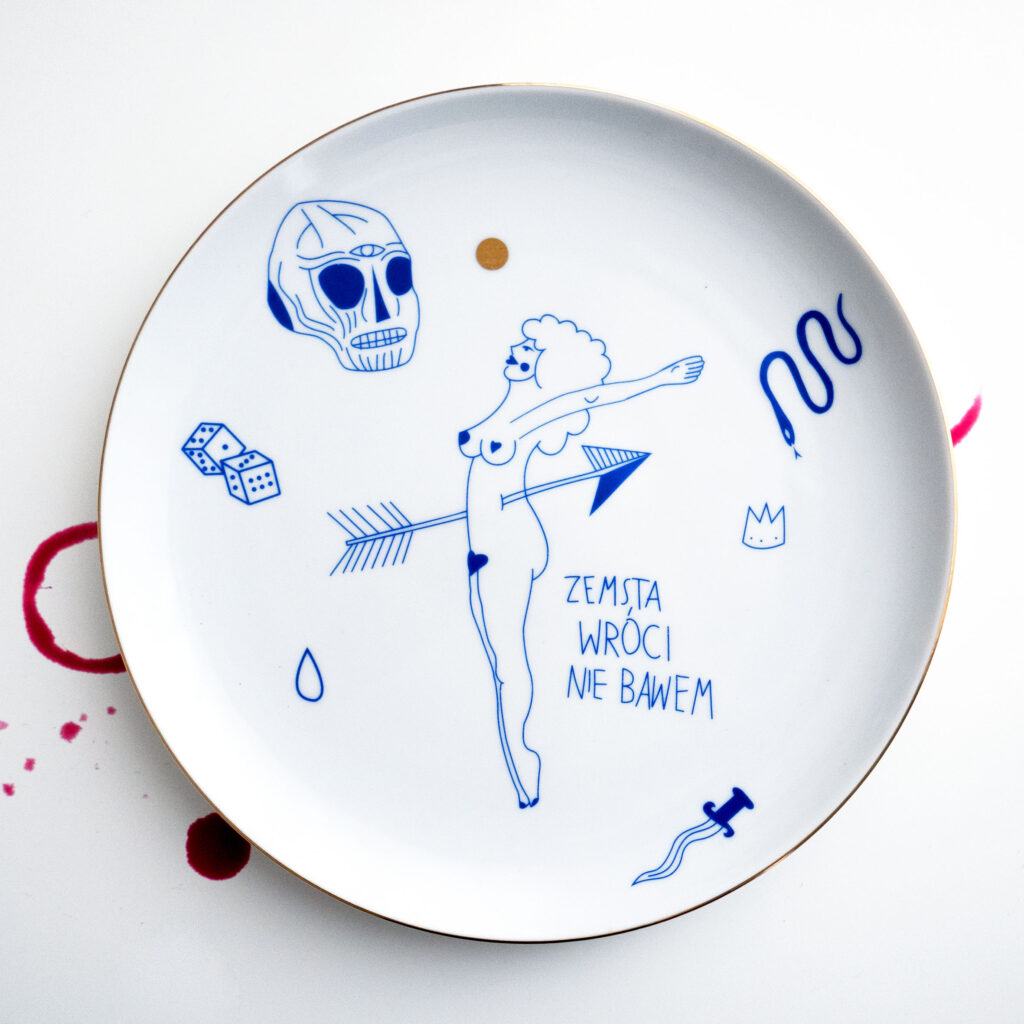 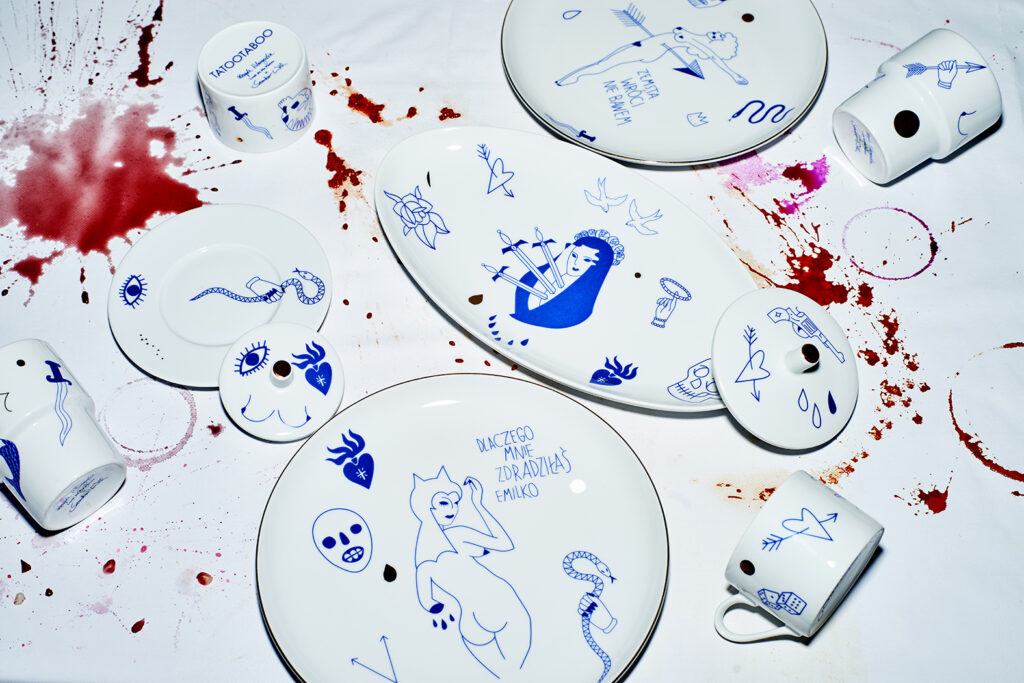