The Leg as Awareness Prop.

This leg is disturbing. In addition, it is presented in various configurations … so it is known that it is not accidental. It is a leg that belongs to someone, that it shows something, leads something, leads to someone. What does this leg want from us? Why is he looking like that? Who are we to this leg? Are not children who have just started to crawl and meet such a leg … next to the armchair. Dad’s leg.

Father’s leg as a pillar of power and violence. As the first textbook of the male world. Dad wears such a sock, has such a shoe, such pants, and when he sits on the armchair, he reveals the yellowish skin of his gira, on which you can see varicose veins under the dark bristles. So this is how it should, this is what a man must look like… we start to learn Him on such a leg – as if from the first page of a primer. So what does the rest of him look like? The rest of dad. As long as we know the teta by the leg, the rest of dad is lost in the understatement, it is too distant for her to be specific.

Who is the father who stands on something like that, in the sense – on such a leg, who is the man who rests on such a mysterious element who designed his lower part in this way? What world must surround him, and what does he expect of him when his father had to trap his foot in such a sophisticated harness?

Robert Gober was born in Wallingford in 1954. Works in New York. His art is a reflection on the family’s nuclear oppression. 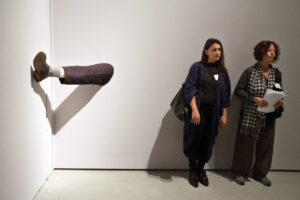 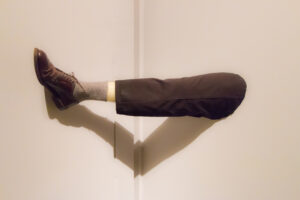 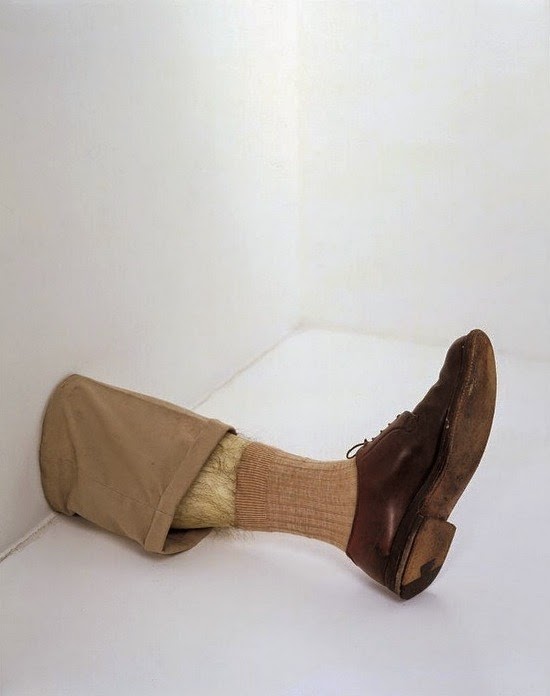 The hyperrealism of the leg brings to mind Ron Mueck.